Skip to main content
Beatriz Artola is a recording engineer and mixer based in New York City.

Beatriz has received 2 Grammy awards for her work with Adele and Puerto Rican rapper Residente, and has been nominated to the Latin Grammys five times. 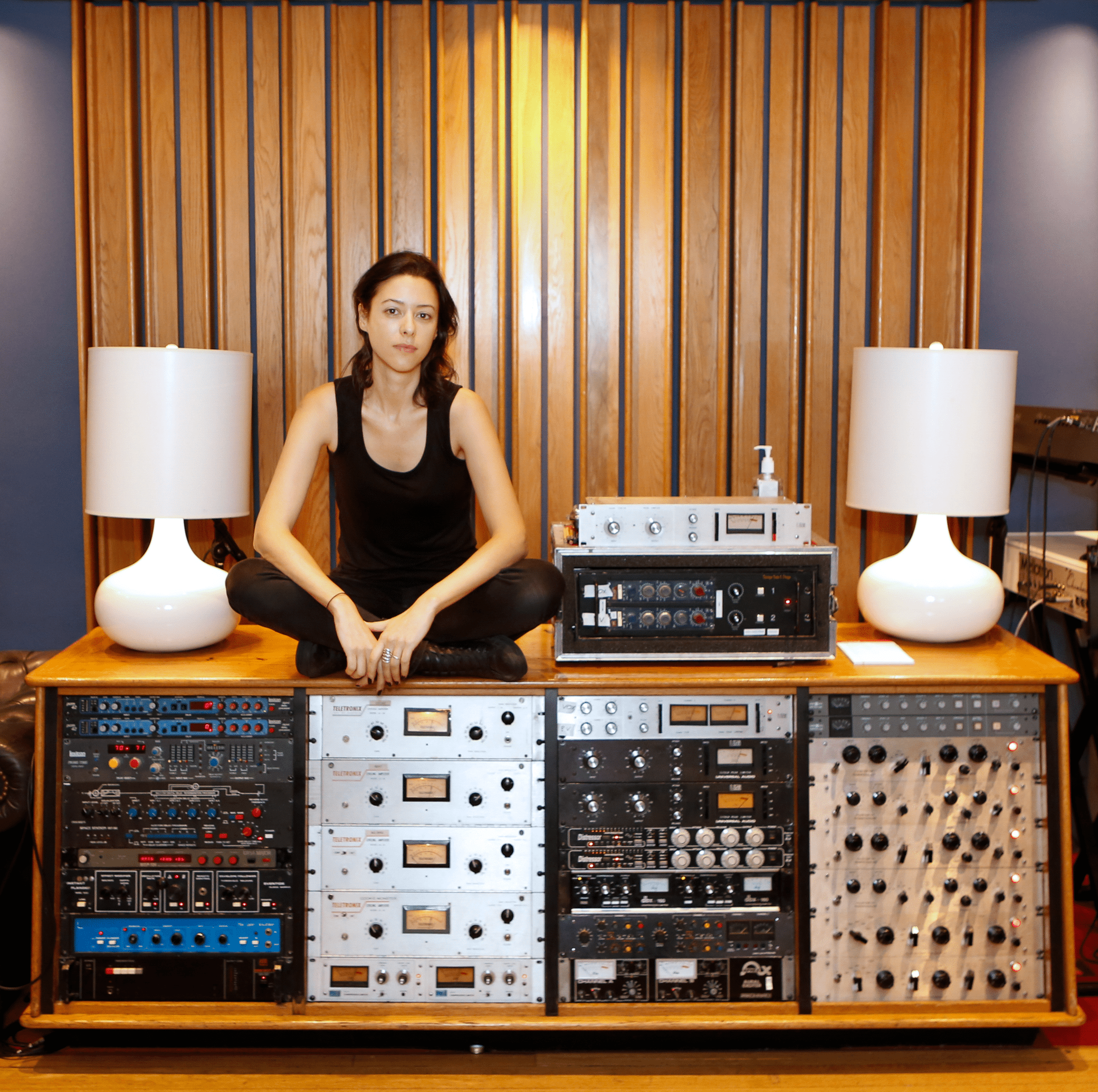 Danuel Tate is a keyboard player and composer of electronic music. He has been writing electronic music for the past 18 years, and his work with the group “Cobblestone Jazz” has given him international acclaim. He has performed extensively at many of the world’s largest music festivals, including three times at the Montreux Jazz Festival in Switzerland.

In between touring he teaches piano to a range of students. Trained as a jazz pianist, improvising is a large component of his lesson set. He prefers to teach the fundamentals of music theory aurally, and then progresses to reading and writing. Danuel stresses proper tone, rhythmic accuracy, and correct notes – in that order. He teaches contemporary piano, Hammond organ and synth programming at The Victoria Conservatory of Music. 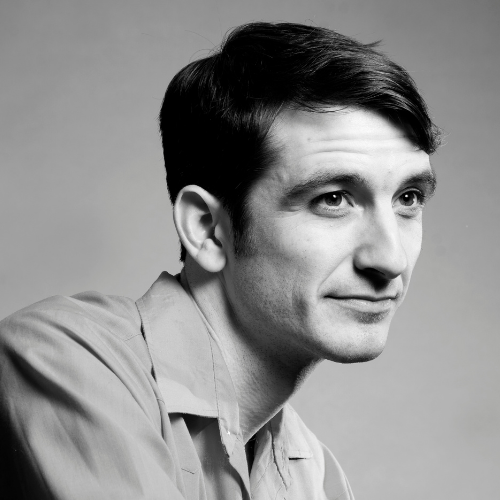 A recording engineer and studio desig­ner, Erik oversees the daily operations of Analogue Foundation Berlin, where he is the owner and in-house engineer of The Brewery, one of Germany's best-equipped high end studios. He has worked with Theo Parrish, Erykah Badu, Bootsy Collins, Jarvis Cocker, Patti Smith, J Dilla and hundreds more. As Red Bull's first and only studio consultant, he designed and built more than 20 permanent studio spaces in international locations such as New York, Sao Paulo, Tokyo, Berlin and Melbourne, and oversaw their staffing and operation. At the annual Red Bull Music Academy, a traveling music symposium, Erik headed the studio team and ran workshops on recording and mixing for over 15 years. 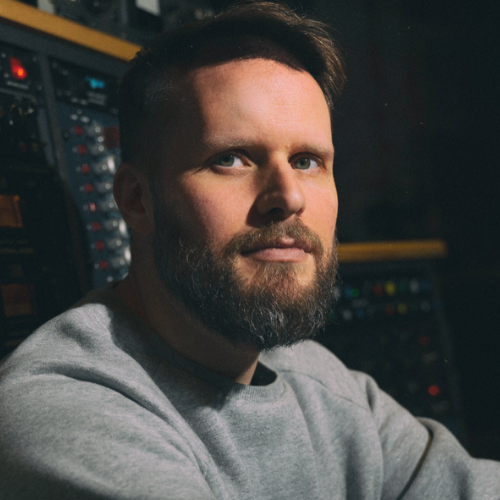 Ilhem has been a vocalist, performer, songwriter, recording artist and vocal coach for over two decades. Born in France to a German/Hungarian mother and an Algerian father, her sound is as international as the wide range of cities she lived in, such as Berlin, London, Istanbul, Cape Town, Ibiza, Paris and now Mexico. She has also performed at some of the most coveted venues around the world establishing an international sound that presents a natural axis between soul, jazz, world and electronic music. Her holistic progression is evident in Ilhem’s myriad collaborations with songwriters and musicians (Ken Rose, Matti Klein, Bokar Cisshoko, Askin Arsunan, Benne Aperdennier, Sebastian Borkowsky, Paul Kleber) and producers (dOp, Tobi Neumann, Luciano, Masomenos, Magda, Mike Shannon). 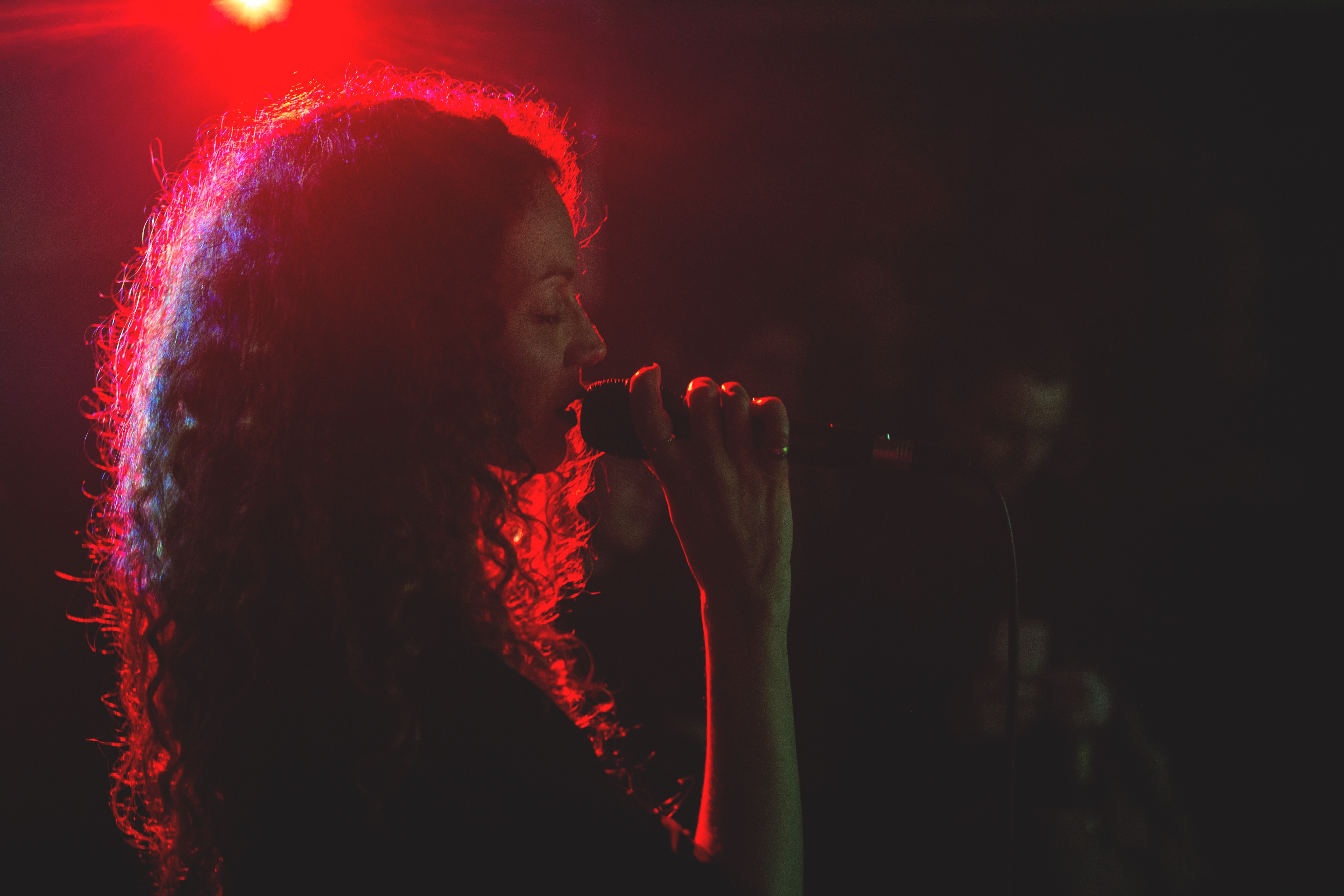 Mathew started his journey with electronic instruments in 1986 and has been performing solo and as a member of Cobblestone Jazz since 1997. His discography spans many hit records such as 'Marionette" and "Typerope". He has remixed the likes of Goldie, Juan Atkins, Kevin Saunderson, Moby, Nelly Furtado, and VCMG (Vince Clarke & Martin Gore). Mathew played the role of studio mentor with the RBMA in seven of the international editions. There he led workshops on improvisation, live performance, and studio production. His web show "Mathew Jonson's Synthesizer Favourites" produced by Sense Media and Electronic Beats TV has been well received in the music community. In his time spent in Tokyo Mathew played small roles in working with Roland Corporation in Tokyo and Hamamatsu. He also provided the original factory presents to Black Corporation for the Kijimi Synthesizer.

Freedom Engine Academy is Mathew’s newest adventure, and with it he hopes to create a community of free spirited people that will continue in their musical journey together. 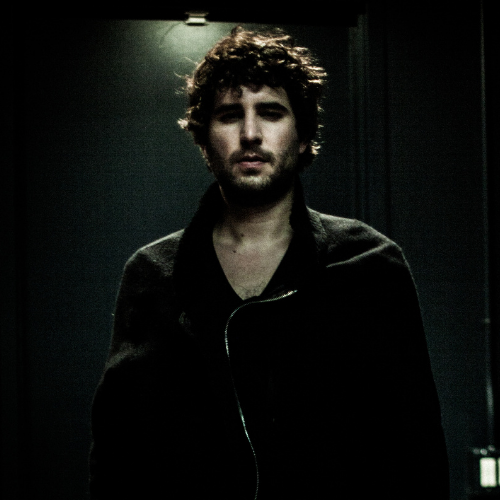 After studying music and sound engineering, Max began his career as an entrepreneur in festival and concert production at the age of 19 by founding with 4 friends the Caprices Winter Festival in Crans-Montana in Switzerland with the invaluable support from the Montreux Jazz Festival and its founder Claude Nobs.

With a program of high standing, eclectic, ahead of its time, the Festival quickly grew attracting up to 80,000 per edition and rose to the top of the 3 biggest festivals in Switzerland with a budget of nearly 10M. In 2018 Caprices was elected BEST INTERNATIONAL FESTIVAL at the Ibiza Awards.

Understanding as an artist the finer points of a promoter's work context is an essential tool for making good decisions and developing your career as best as possible. Different mechanisms, risks, constraints, perceptions, which make up the daily life of a promoter and which Max will be happy to share with the students of Freedom Engine Academy. 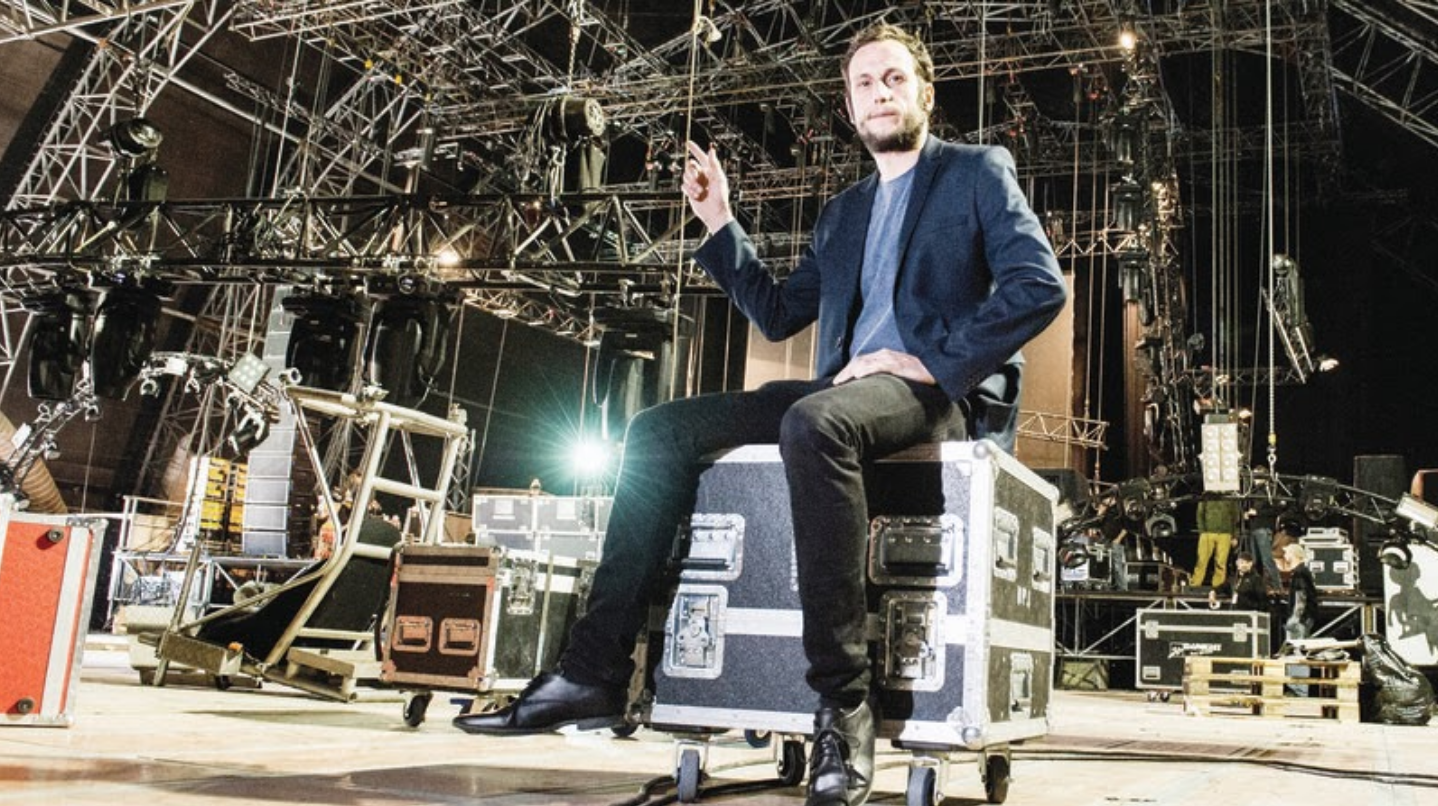 Nathan Jonson is an electronic music producer and composer who has been releasing music internationally for two decades as a solo act and as a part of numerous group projects. His music has taken him on tours around the globe while teaching production masterclasses along the way.

While living in Berlin, he developed a close working relationship with Ableton Live and became an alpha tester for their software. This allowed him access at the forefront of electronic music production and program development.

Nathan Jonson is currently on faculty with the Victoria Conservatory of Music’s School of Music Technology and Creativity. 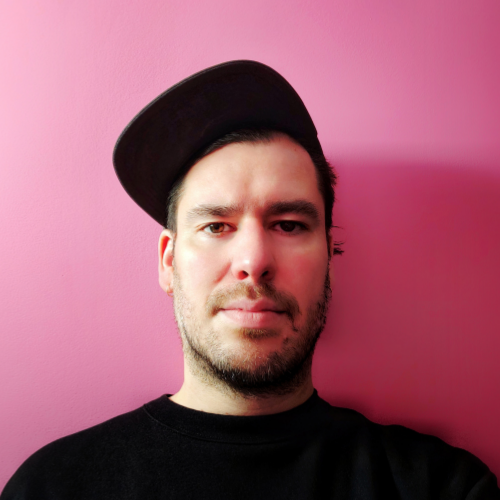 Sarkis Ricci is a French jazzman and keyboardist.

His multiple disciplines include instruction on Piano Technique, Composition, Arrangement, Music Theory, Improvisation, Ear training, Preparing students for entry Exams, Audio engineering, Music Production, Editing, Mixing/Mastering, Sarkis began his studies of classical piano at the age of 5 and upon completion of the highest levels directed his studies with a focus on Jazz, at the American School of Modern Music, in Paris.

With both parents being Armenian folk dancers, his music has always been influenced by Armenian culture and artists such as, Komitas, Arno babajanian and more recently from jazz pianist Tigran Hamasyan.

He is a resident of the "Gaswerksiedlung" in Berlin, a complex dedicated to art and more particularly to music, where he continues and develops his artistic work. 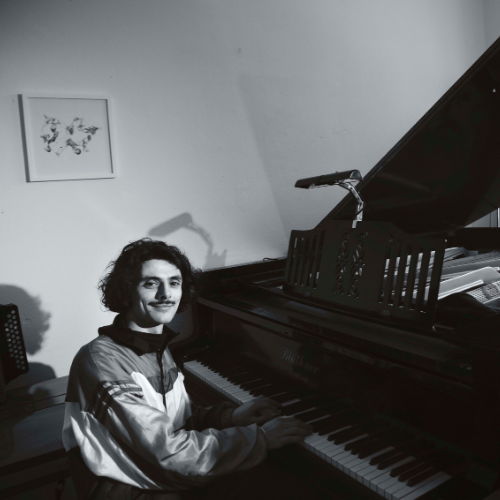